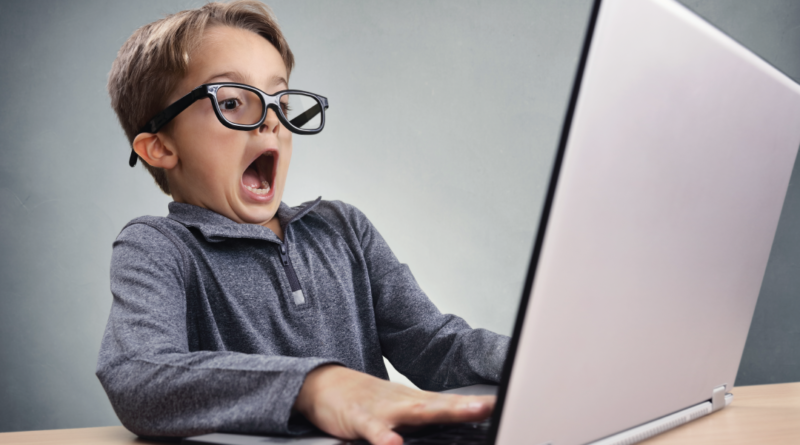 Internet Access for Kids, a Necessity or an Avoidable Risk?

Today’s society thrives on information.   Information does not only enlighten but also transforms   and empowers. It is a vital tool for the advancement of  individuals, organisations and nations. With modern innovations in ICT, particularly the internet, whatever one seeks to know, be it in religion, politics, business,  science, etc.- is just a ‘click’  away.   Hence, the 21st century has been described by many as the age of information.

The above explains why individuals, organisations and even families in today’s society place a high premium on internet access. In the urban areas, almost everyone has access to the internet, including children.  Many homes have internet  access.  Even children as young as 12yrs no longer accept handsets from their parents unless they come with internet access.  It is no longer surprising to see underage children using the internet without adult supervision.  Most of them spend hours browsing during the day while some of them engage in overnight browsing. While some parents have expressed worries over this trend, some have argued that denying children access to the internet means denying them access to knowledge.   A crucial question that must be asked therefore, is, ‘what do these kids do on-line ?   Do they really engage in anything intellectually stimulating? If they do, how much of the time they spend browsing do they actually invest in learning?

The 1999 and 2003 Surveys of the Kaiser Family Foundation reported that  today’s young people spend an average of 4hrs per day in front of a computer screen and in most cases on the internet and that most of the time is spent consuming entertainment ( chatting , internet dating, watching movies, viewing pornography, etc. ).

While it may be said and easily  taken, that an adult who browses the internet knows exactly what he wants, and is prepared for whatever he gets, it is  difficult to say that about a child. As a result of poor ‘ search skills  ’ or misspelling,  a child may click on  a website other than the intended one and  this may lead him to information  that is not wholesome for a child. Countless  children have in similar circumstances,  stumbled on sexually explicit messages and images to their utmost embarrassment,  and this is  traumatic for a child.

Through the social media (Facebook Twitter, etc) children become unduly exposed to  criminals who pose as friends  and angels.  Another danger is that   children  may innocently give   sensitive information about their  families  to these strangers, thereby putting their families at  security risks.

Besides the dangers mentioned above, educationists and  child psychologists   have also attributed  the poor reading culture that is prevalent among today’s young people to excessive  interaction with the media especially the internet.

The more children engage themselves with the media, the less time  they would have for their families  and religious activities.  Also, Optometrists   discourage   excessive  close contact with digital screens,  saying that it   exposes  the  eyes to  visual challenges.

There’s no doubt that children can get helpful information from the internet. However, if we insist,   that it  is  the only way they can learn,  we must be ready to pay the extra price of supervising them or putting internet security in place that will block unwholesome information from their access. In addition to this, we must also monitor how much time they spend on the internet. Otherwise, the loss may outweigh the gains.

Rapha Counselling Concepts was established in 2003 as a mentoring and counselling outfit for young people.  The initiative emanated from the founder’s passion to assist young people to resolve the challenges that impinge on their well- being and development with a view to helping them to achieve smooth transition to responsible adulthood and ultimately attain self-actualisation.

How to Make Good Leaders for Society – Rosemary Oshiomah...

Domestic Violence: How Families and Friends Can Help

Let others know about this page

Looking for an Outstanding Child Therapist?